When Tangled came out, I saw it, I enjoyed it, but I never got on the Tangled-Obsession bandwagon. I only watched it once, and watching it again for Disney Meals was a real treat. I loved Tangled more than I remembered. I might be on the Tangled-Obsessed bandwagon now. There were a few good foods shown in the movie, however we made most of them.

Perhaps the most notable food in the movie is the Hazelnut soup Mother Gothel promises to make with parsnips. We never actually see the soup, but we decided to make it anyway. 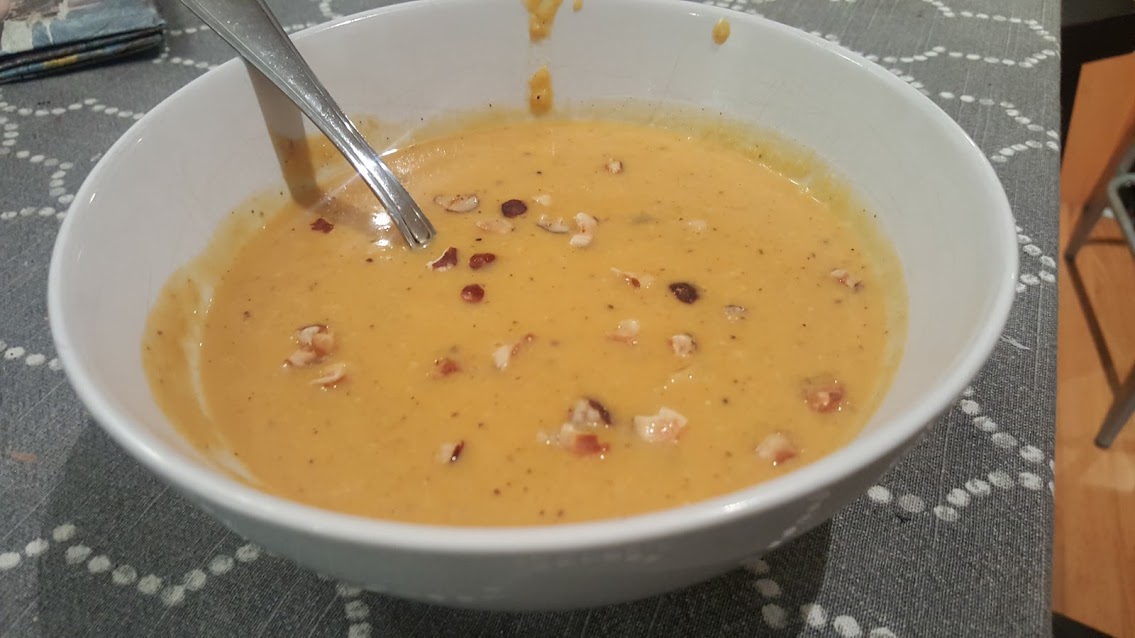 When Rapunzel and Flynn are having fun in the city, they are shown eating yellow and pink cupcakes. I could just link to another cupcake recipe because we don’t really know what kind of cupcake it is. So I decided to make some Lemon-Raspberry cupcakes!

Will it Make you Sing a Healing Song?

The soup was really good. I can see why Rapunzel liked it so much.